Villa Rinchiosta, which began as a hunting lodge, was transformed into a villa at the behest of Teresa Pamphili, who had arrived from Rome to marry Charles II Cybo Malaspina. In 1675 she commissioned the work from the court architect Alessandro Bergamini, who re-proposed the ‘family language’ already seen in the Ducal Palace of Massa. The project aimed at creating not so much a palazzo for official receptions as a building for private use, and this is made more evident by the presence of not one but two faҫades, intended to satisfy the client’s personal taste rather than court etiquette.

The villa was surrounded by a large garden divided up with box-wood hedges and adorned with flowers, arboreal essences and a citrus-fruit orchard with lemon, bitter orange and citrus trees. Alderano I, the son of Teresa Pamphili, and his wife Ricciarda Gonzaga, transformed the villa into a sumptuous home and embellished the garden with geometric paths, vases, marble statues and busts. 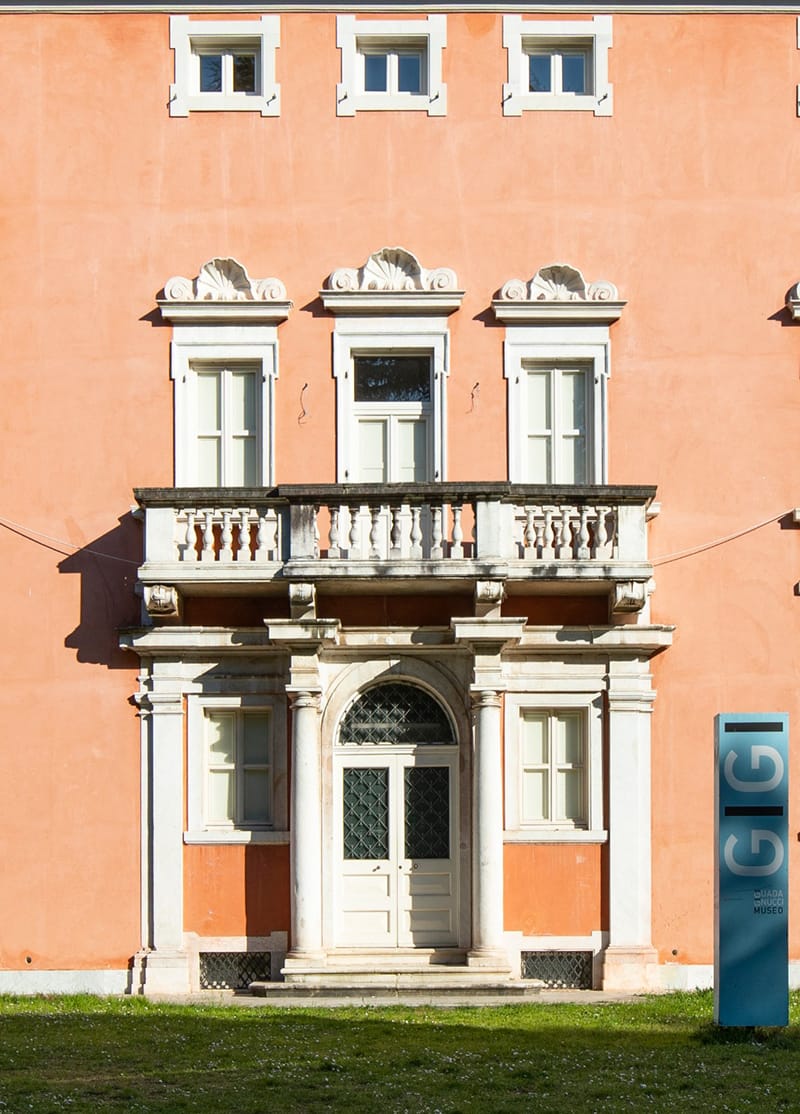 The first land registry map from 1826 shows the garden structured into four large flower-beds crossed by perpendicular paths with a large pond in the centre. Two paths lead from the sides of the semi-circular forecourt in front of the villa, one to the stables and one to the estate entrance. This scheme is thought to coincide with the one chosen by Alderano I and Ricciarda. But already in 1722 removal of the statues began; it was the beginning of a period of decline, accentuated by Napoleon’s occupation of Massa, during which the whole of the marble furnishings risked being plundered.

Read more
I blew to the marble

Gigi Guadagnucci was born in 1915 in Castagnetola, an outlying district of Massa. Here, following the family tradition, he began to sculpt marble when he was little more than a child. In fact after the mid-1920s he got his first job at the Ciberti workshop. Not long afterwards however he moved to the Soldani workshop, which all the sculptors from Massa before and after him have passed through at some time. Guadagnucci learned his art beginning with the traditional funereal art, as was the practice of that time, but he soon distinguished himself by carving his works directly without using the model, thus winning his first personal clients.… 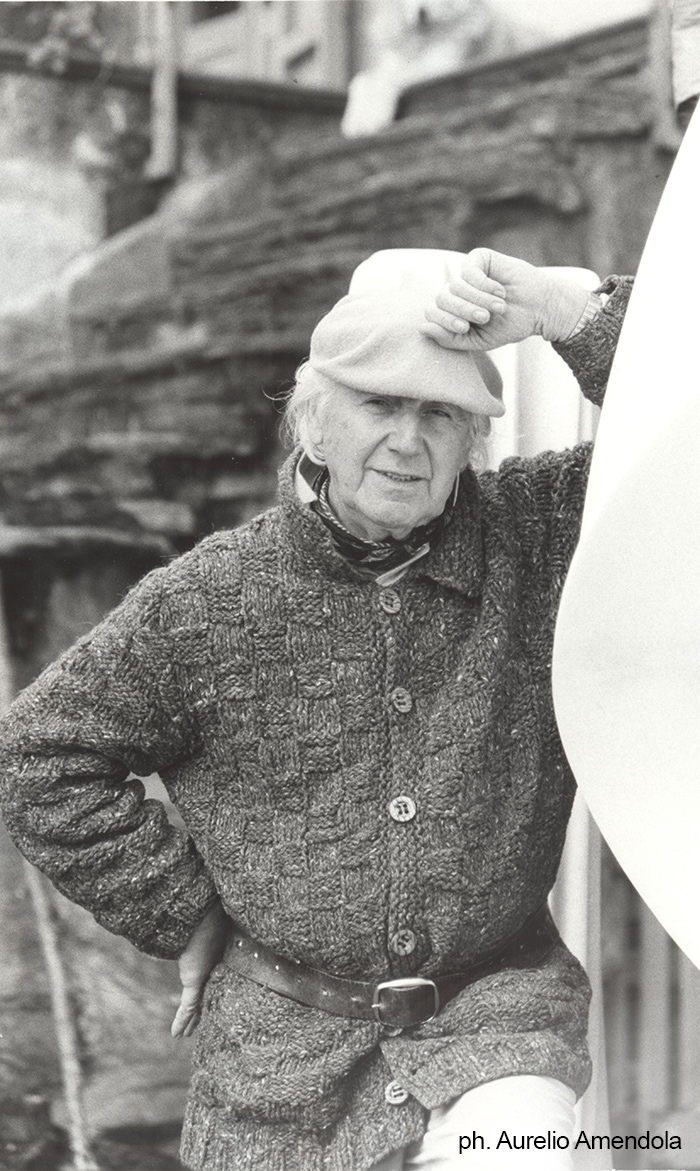 A gift to the city

The Gigi Guadagnucci Museum opened its doors to the public in 2015 on the occasion of the 100th  anniversary of Gigi Guadagnucci’s birth (Massa, 1915-2013). Guadagnucci was a great sculptor who was born in Massa but trained in France and lived for a long time in Paris. He was one of the main 20th-century masters of marble; the museum originated from the donation to the borough of Massa by the artist himself and his wife of a considerable body of his works in 2012, with the specific aim of opening a museum which would contain a significant selection of his production… 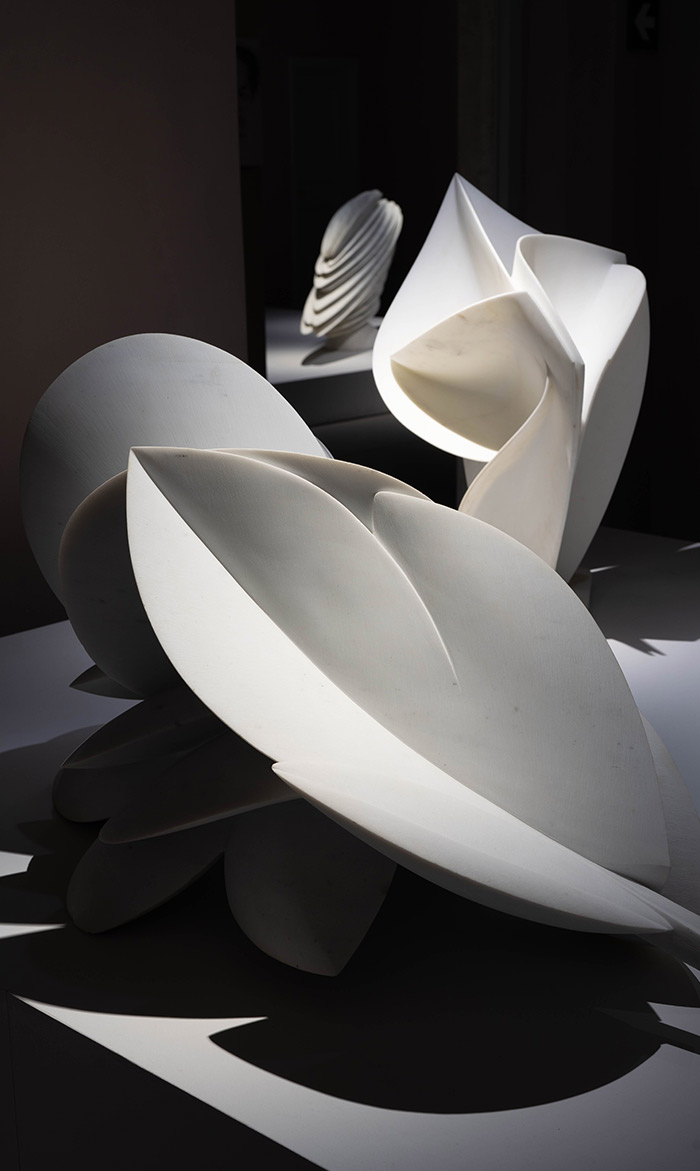 Gigi Guadagnucci. I blew to the marble
by and with Elisabetta Salvatori

I have nostalgic memories of when I used to go there for summer camp as a child…..a great experience…beautiful gardens where we ate our elevensies… and the private chapel where they took us to mass

This fantastic artist, who worked in France for most of his life, has created the most extraordinary marble sculpture I have ever seen…

A sculpture exhibition which amazes us for its artistic value, its refined style, its extraordinary technical skill, its display of sensitivity and art applied to marble, to its… expressive vein!!! Guadagnucci, a great artist to be admired, maybe with those who welcome you with such passion and competence

…when you go in you have the sensation of entering not a museum but a house furnished with marble… marble sculptures, the precious marble of Carrara which he [the artist] has selected block by block from the many apparently similar ones and has released their true nature

…these aren’t objects to look at… but living, breathing beings

One masterpiece after the other; no-one can remain indifferent to Guadagnucci’s genius and art. You can almost touch the petals and the marble seems like crystal glass. Compliments for transforming this splendid villa into a tribute to a great artist.

Come to visit us